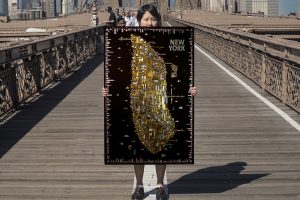 Rafael Esquer has lived in Manhattan for over 20 years. A native of the Sonora desert of México, he was educated in México City and Los Angeles. His work in communication design won the National Design Award from the Cooper-Hewitt, Smithsonian National Design Museum in 2004. His work has been shown at the Museum of Modern Art and the Museum of Art and Design in NY and is included in the collections of several other museums, including the Olympic Museum in Switzerland. Since 2004, Esquer has operated Alfalfa Studio, his own design firm in Harlem, New York. In 2007, Taschen named him among the world’s 100 most influential graphic designers working today. He frequently serves as speaker and judge at international design events.
All Shops
Submit Your Shop
Become a Member